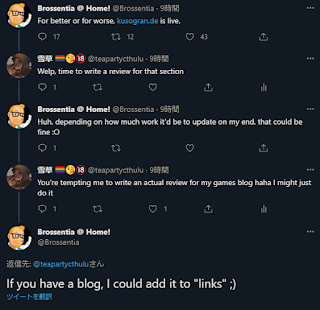 Because Brossentia said I could.

Kusogrande is an annual mystery kusoge tournament run by Brossentia and his ragtag bunch of misfits, and it's the wildest ride you've ever been on. Like all good wild rides, you must adhere to all safety warnings, you may end up mildly out of breath, and must be at least 51" tall to ride. 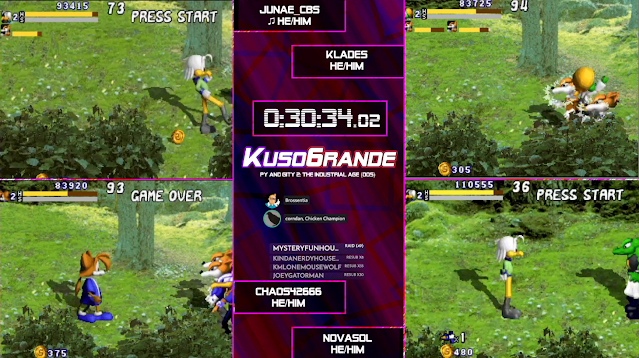 The inaugural game of Kuso6. Believe it or not, this won a GOTY award in a Korean magazine.

If you don't know what the term kusoge/kuso-game means, I could just give a simple definition, but instead let me give you a good explanation of what it means! Here is a short history of some games I have played in this tournament:

(The actual meaning is that クソゲー (kusoge) in Japanese literally translates to 'shit game', but it's a little more complex than that) 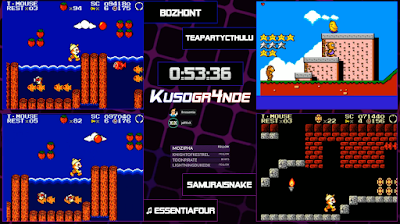 The tournament is split into the initial group stage, and then a bracket stage. The top 32 players point-wise in the group stage are seeded and placed into a head-to-head bracket.

During the group stage, you get put into a match with 3 other people along with your irredeemably evil lovely Game Master (GM), who will seal your fate by providing you with a game. After a quick check to make sure players have no experience with the game, you're given a bit of direction of how the game controls (usually a scan from the manual if available). 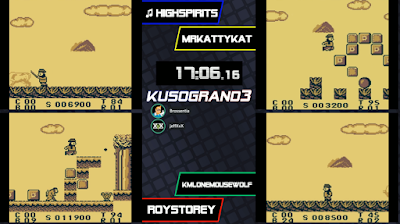 You will never see a Watara Supervision game in any other event.

Players are placed according to how much progress is made in this 1 hour timespan. All the matches are streamed through Brossentia's Twitch channel, so it's also a great spectator event!

Unsurprisingly, there's a lot of comparisons between Kusogrande and SRL's Mystery Tournament due to the mystery nature and the speedrunning aspect to it (and being run by a ragtag bunch of misfits). There's a few key differences that make Kusogrande so unique and special though. 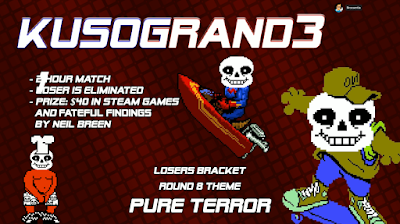 This is actually a relatively normal sight on Brossentia's stream. I would say a key difference between Kusogrande and MT is that you wouldn't see anything like this on an MT restream but we have equally stupid stuff.

First, the 1 hour time limit is your saving grace. Let's face it, sometimes you just draw an awful game in MT (SNES platformers!!!), and you are stuck with playing it until you finish the goal, which although is designed to take a short amount of time, doesn't always end up the case. In Kuso, it's a hard 1 hour no matter the quality or length of the game. Trying to put up with an awful game in Kuso is much more doable than in MT.

Second, because of the time limit, there are no hard goals in Kusogrande. You're always working towards something in this 1 hour except in the most extreme examples of some matches. It gives you some determination to keep going: if you're going up against a top-tier MT competitor and hit a big wall, it's a big hit to your psyche! You'll never experience the crushing defeat of seeing Maurice someone .done about 20 minutes before you would.

Third, because of the game choice, mistakes mean you're down but never out. Hard game overs are common, with a lot of jank involved. You never know when your next run could be a miracle and you could sweep the win!

Fourth, the group aspect makes it way more light-hearted; you get an entire hour of setup block to laugh and joke around with your fellow competitors.

And last but not least, the games are all bad*!

*the games are not always bad per se (and there's always varying degrees of badness), but sometimes things are done to make them bad: I played High Seas Havoc [GEN] which is a pretty good platformer, except we were forced onto the hardest difficulty which meant everything was a 1-hit-kill. Kuso has a pretty flexible definition like that. 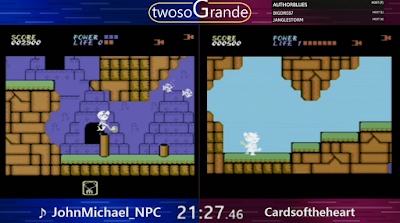 Not just Athena, Commodore Athena. Please look up the title screen for this version.

You would think a setting like this would leave a lot left up to luck, and amazingly you would be completely wrong. People consistently place high and win events like this, notably event winners AND4H (his middle name is 'winning mystery events'), NPC, and SomeGirl (she is also way too good at everything). There's a massive overlap of people who do well at MT and people who do well at Kuso. 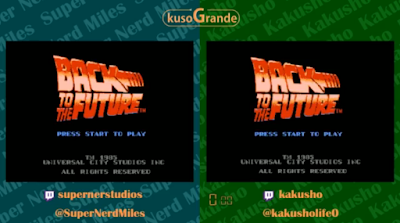 The very first Kusogrande match was broadcast 6 years ago on Sunday August 29th, 2015, featuring Back to the Future [NES] played by SuperNerdMiles and kakusho, and it's still running strong to this day, currently running Kusogrande 6! I've been a regular attender since Kuso 3, and although I have horribly crash and burned every single time (my first match involved me softlocking the game 7 times on the second level) and have yet to even make it out of groups, it's been a blast! Occasionally, you even find games you like (I ended up speedrunning 4 PAK All-Action and had a lot of fun)! The chat is very fun and nice too; it feels less like a competitive event and more like a co-operative experience really! 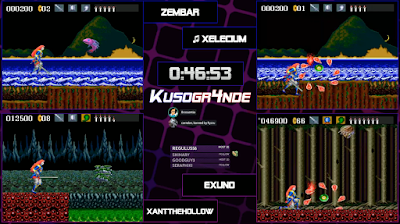 This game is actually great. 'Great but jank' is standard kuso fare.

It's an event that everyone should watch a match in motion at least once. It's incredibly entertaining, no doubt due to the amazing efforts of everyone involved: Brossentia, the GMs, and the competitors, chat, and everyone else involved with the organization of the event. You will not regret it.

Most importantly, I implore you all to look at the hot new Kusogrande website, kusogran.de. It's glorious. The official Kusogrande Twitter account can be found here, which will tweet about upcoming matches. You can also check out Brossentia and corndan's gaming variety show 'Don't Make Us Bored!' Tuesday nights on Brossentia's channel.