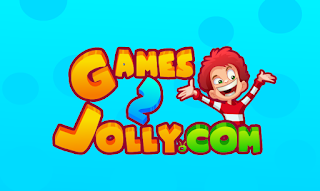 The screen you'll be greeted with every time you start a game, complete with a terrifying animation.
Games2Jolly.com is a presumably Indian (based on some oddly-named terms in the games) developer of Flash/HTML5 escape room games, who have made one every single day since 2013 or so. There's seriously almost 2000 of them! Complete with amazing titles like 'Car Escape from Dilapidated Area', 'Hifi Mall Lift Rescue', 'Grandpas Love for Music', or 'Old Scooter Escape'! 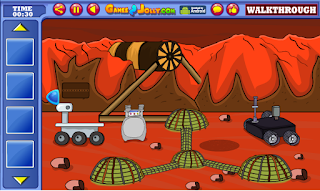 A typical Jolly screen.
Members of the Mystery community found these games and after enjoying racing a few of them, decided to hold a tournament of racing through these games. At first, I didn't know what to expect. I joined the inaugural race to see what it was like and got absolutely demolished and hated every second of it. I join every event possible in the community so I joined anyway. After racing a few (I ended up making to top 5 and lost as my mouse stopped working, go figure), I knew it was something special and had a blast, and it ended up being a very memorable and fun tournament for everyone involved. 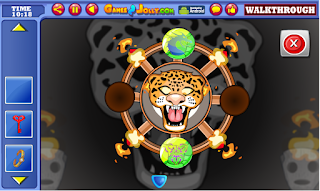 This is the current image for the SpeedrunsLive page for this game, by the way.
Basically, most games are differently skinned versions that use a lot of the same puzzles: put objects at specific heights, match colors to some clue, enter a word you saw on a sheet of paper, etc. You can interact with things in your inventory if they open a separate screen, which is sometimes necessary to use items on. You usually have to collect some items to put in holes to open something that either gives you clues or an end-game item. Sometimes there are dumb pixel hunts that everyone hates. Every puzzle is also set up so that you cannot input the solution until you've actually seen it in-game, so (almost) no brute-forcing can be done. There's also two different 'generations' of Jolly games that use two different engines (you can discern these at a glance as the newer games are in 16x9 while the older ones are in 4x3) that play a bit differently. The newer engine games are far better than the old ones. If you get stuck, there are video walkthroughs hosted on the Games2Jolly YouTube channel that you can access by pressing the >Walkthrough button in-game (some of these are quite funny due to the hilariously deliberate mouse movements). The game tracks your in-game time and gives you a score that is mostly based off of time. It wasn't consistent in all of our testing but it was roughly 5,000,000/seconds in most cases. 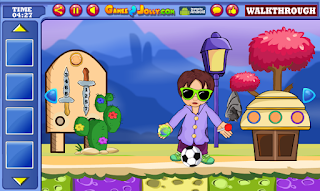 This cool guy was my personal vote for the SRL page image.
They usually have some hilarious lore on the splash screen before starting the game, not just because of the Engrish involved but the ridiculous scenarios they had to come up with to fit a game in there. Many are sadly boring text that just say "We know that you are a great fan of Escape games but that doesn't mean you should not like puzzles. So here we present you with [game name]. A cocktail with an essence of both Puzzles and Escape tricks." (deemed 'cocktail' games by our community) 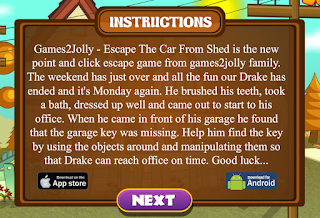 There's too many examples of great lore, it was so hard to just include one!
The games are pretty much what you would expect from bad flash escape room games: esoteric puzzles, almost entirely ripped assets, royalty-free music (through a bit of detective work courtesy of Exuno and SomeGirl, we found the source for a bunch of them here and it turns out that even though the music is free, they still used a watermarked preview version!), and hilariously crude animations. There's a few recurring characters amazingly, most notably the mascot Jolly Boy and Jolly Girl. 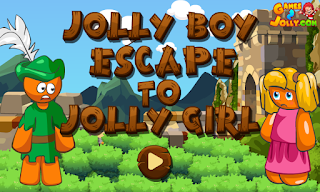 Wouldn't be complete without some hilarious love story...
On their own, they're not fun at all frankly. It's frustrating, stupid, complete nonsense puzzles. There's little consistency in how you actually progress, in how long the games are, or how funny the scenarios are. 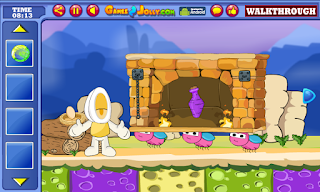 This image, plus the flaming lion head and cool guy are all actually from the same game, 'Princess Magic Rescue I', which was easily the best match of the tourney.
But this is a rare case of a game where the true way to play is get in a voice chat with some friends and race through them. I'm serious. It really shouldn't be fun but it transforms it into such a fun and hilarious experience that I can highly recommend doing it just for that. It's honestly some of the most enjoyable races I've ever done, and although I think it was a bit scary how I ended up kind of learning the 'jolly logic' for the puzzles, it was entirely worth playing them. Make sure to liberally use some screenshotting tool (I used PrintScreen + paste into MS Paint); it will save you a huge amount of headache. Side note: don't play the HTML5 games though, they're just not as much fun. 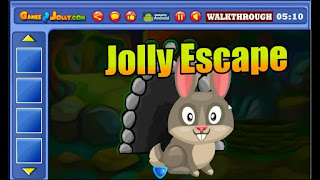 The most important part of the game: Jolly Escape!
You can play these games either on their website which I don't recommend, or through the Flashpoint archiving project. Good luck and have a fun! Jollymania...
at February 06, 2021 No comments: